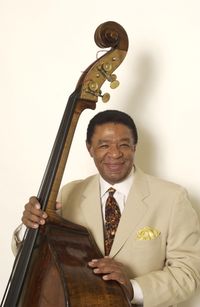 It was Buster’s big, earthy sound that anchored several of the early 70s recordings by Herbie Hancock, Joe Farrell and others that first brought me into this music. One of the truly great bassists in the history of Jazz, Buster has performed and recorded with a veritable Who’s Who of Jazz greats representing a wide array of styles. In 2018 Buster released Audacity, his first new recording as a leader in over a decade, on the Smoke label, and 2019 featured the soldout NYC premiere of the new documentary film on Buster, Bass to Infinity. Buster’s current all-star Quartet Something More, with George Colligan on piano, Lenny White on drums, and Bruce Williams on sax, is unsurpassed in their individual creativity and group cohesion and audiences love them.